Early intervention is key to recovery for eating disorders

Early intervention is key to recovery for eating disorders

By Belinda Caldwell and Claire Diffey

February 25–March 3 is Eating Disorders Awareness Week in several parts of the world. We asked Belinda Caldwell and Claire Diffey, from the Victorian Centre of Excellence in Eating Disorders (CEED) in Australia, to share their latest work with us. They explain how CEED is working to improve early detection of eating disorders and facilitate access to early intervention for young people.

Eating disorders are estimated to affect approximately 9% of the Australian population, and their incidence is increasing. These disorders are far from benign and need to be taken seriously – anorexia nervosa, for example, has the highest mortality rate of any mental health diagnosis. Eating disorders can occur in men, in women, in the young and old, the rich and poor, and in people from all cultural backgrounds.

For young people, early detection and intervention can result in full remission of symptoms and return to a full quality of life. However many factors can delay detection and access to early intervention, including limited funding for early intervention services and a lack of awareness of the early signs and symptoms of eating disorders by primary care providers. A significant barrier is also the ego-syntonic nature of eating disorders, which means that the young person is frequently unable or unwilling to seek treatment.

To address some of these barriers, CEED has developed several online tools that facilitate help-seeking by involving young people, carers and general practitioners (GPs).

FYI has been developed in response to parents’ insights into the challenges of seeking help with their child’s eating and body image problems. It aims to promote early identification of an eating disorder, which will increase the likelihood of recovery.

The tool provides education about eating disorders and their warning signs, self-help strategies and guidance on how to seek help. It also includes a checklist of behaviours that parents might have noticed in their child. The responses to these checklist questions become the basis for the personalised GP and Parent/Carer report, which can be taken to a GP for discussion and action.

For older adolescents and adults, CEED has developed Reach Out and Recover (ROAR), an interactive resource for people who have eating and body concerns and/or who may be at risk of developing an eating disorder. ROAR assists people to identify problems with eating and body image, promotes appropriate help-seeking, and provides guidance on how to seek the right support. Crucially, it helps people seek help promptly and effectively. The user is guided through psychoeducation based on stages of change theory. They then answer a series of questions about behaviours and thoughts. These answers populate a report for their GP as well as a personal report tailored to their responses. The GP report provides the GP with all the issues the person is experiencing, along with some key messages and advice for the GP.

FYI and ROAR were developed from extensive surveys about help-seeking among affected young people and families. This information, along with the de-identified data collected from the sites, has allowed us to carry out valuable research into help-seeking in eating disorders. In addition, we continue to evaluate the sites and their implications for early identification and access to specialist early intervention services, with a number of papers in pre-press. 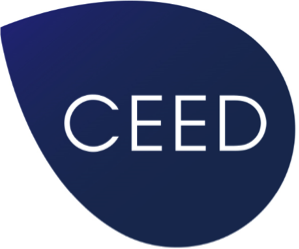 The Victorian Centre of Excellence in Eating Disorders (CEED) was established in 2002 as part of the Victorian government’s commitment to improving the quality of services available to people with eating disorders and their families. CEED provides leadership and support through clinical consultation, training, resource and service development, to build quality and sustainable eating disorder treatment responses within the public specialist mental health service. CEED has also developed a range of early intervention strategies including interactive online tools.