Thank you to everybody who voted in the recent IEPA elections. The IEPA is governed by an Executive Group made up of Officers elected by IEPA members, who serve over a period of four years, fulfilling the formal requirements for a Committee of Management.

We are excited to welcome the new board members for IEPA Early Intervention in Mental Health. Positions for the next term will commence 1st January 2019.

We welcome the incoming elected board members: 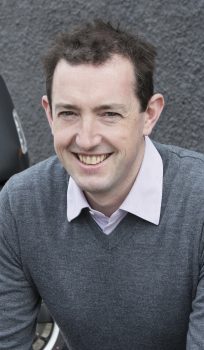 I have worked as a clinician and researcher in youth mental health since 1997. I have been an IEPA member since 2002 and a board member since 2015. I have stood for President Elect because I believe that with my experience I can make a great contribution to both the IEPA leadership and membership.

As President Elect, I will continue the work of transforming IEPA Early Intervention in Mental Health into an association that focuses on a broad array of first episode conditions. As President Elect I will work to ensure that IEPA, both the Association and the conference, is welcoming of researchers, clinicians, consumers and carers whose experience has been about illnesses other than psychosis.

I look forward to working towards greater inclusion in IEPA of carers and consumers with experience of both psychosis and other disorders. IEPA has contributed to understanding psychosis and to the development of service responses by creating a rich forum for bringing together those with lived and learned experience. I believe that more actively including those with lived experience will drive a similar transformation around all mental disorders.

IEPA has always nurtured the development of young and emerging researchers and I will ensure that IEPA continues and improves this vital mission. 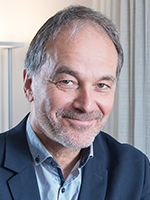 Philippe Conus is Professor of Psychiatry at the University of Lausanne.

I have been active as a clinician and researcher in early intervention since the year 2000 and have been part of the board over the last four years. As Vice President Europe I want to put my energy into

pursuing the work initiated by others and in expanding its impact, in order to promote this treatment and research philosophy even further.

Early intervention in psychiatric disorders has become a widespread concept and it has generated fantastic research and clinical developments. Yet, it is by far not implanted everywhere and still needs a lot of advocacy and support in order to remain on the agenda of deciders. In addition, if the strategies developed for psychosis have expanded to other domains of psychiatry, there is much work remaining before it can be applied in clinical settings.

IEPA Early Intervention in Mental Health has played a key role in coordinating forces around the world so far and it has an important role to play in order for this progress to continue. Moreover, the impact of the early intervention movement can go beyond creating science and clinical strategies: it also has the potential to change the way people look at psychiatric disorders to reduce the stigma patients and their families are facing, by proposing a less pessimistic and more ambitious approach to mental illness. 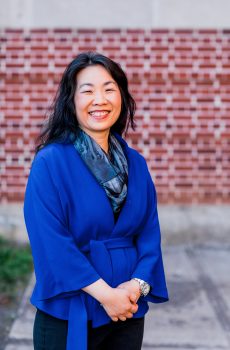 I have been a member of IEPA since 2006 and worked in early psychosis intervention for over 12 years. In that time, I have faced the challenges of delivering specialized mental health care to disadvantaged populations across a vast geographic area in northern Canada. The experience has been rewarding and humbling and I have immense appreciation for the challenges that face my clients, families and communities.

As Vice President North America I want to contribute to IEPA’s commitment to exceptional standards, quality care and early intervention to the full spectrum of mental illnesses. My practice has both clinical and research functions. Over time my clinical practice has evolved and increasingly encompasses early intervention across the full spectrum of youth mental health. My research focus is in the intersection of youth mental health, vulnerable populations and rural health services. I am on faculty at the Northern Ontario School of Medicine, as Researcher and Child, Adolescent and Youth Psychiatrist.

I have valued the community of the IEPA, and the connection to like-minded people, who believe in improved services for youth experiencing mental illness. This network has decreased the isolation of practising in rural Canada, and I have valued the generosity of members of IEPA in sharing resources across the globe. I have experience as Co-Chair of the Early Psychosis Intervention Ontario Network (EPION), a provincial network consisting of over 50 programs, individuals who have received services, their families and caregivers. My time with EPION was truly inspiring; I continue to benefit from all that I have learned. I am looking forward to continuing my work in youth mental health by contributing to the network of IEPA, and bring to the IEPA Board, my experience as a clinician, researcher and network-leader. 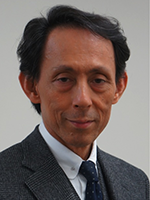 Michio Suzuki is Professor of Psychiatry at University of Toyama, Japan.

I have long been working on treating mentally ill patients as a psychiatrist. I have had consistent interest in early detection and early intervention for psychiatric disorders. Since I was admitted to membership in the IEPA in 2008, I have been an active member. I worked as a member of the Organising Committee for IEPA 9, the 2014 International Conference in Tokyo, and I am currently a member of the Scientific Committee of IEPA 11 in Boston.

In research, I have been involved in biological studies in psychotic disorders, a main focus of which is elucidating structural and functional brain alterations underlying psychosis development.

Early intervention for psychiatric disorders has been establishing an important paradigm shift in world psychiatry. A big wave of early intervention has already reached Asia. It has produced remarkable progress in research and mental health reform in several Asian countries including Hong-Kong, Singapore, Korea, Japan, etc. Specifically to Japan however, the number of psychiatric professionals working in this field is relatively small and implementations of the early intervention service are limited.

As an IEPA board member, I will widen my experience through the academic activities and cutting-edge knowledge of this field and make use of it not only for further development of the association but for international mental health promotion especially in Asia including Japan. 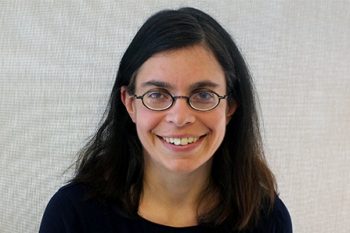 Nev Jones is Assistant Professor of Mental Health Law and Policy at the University of South Florida.

I am a community psychologist by training, and currently an assistant professor of mental health law and policy at the University of South Florida, affiliate faculty of the Louis de la Parte Florida Mental Health Institute and (affiliate) clinical assistant professor of psychiatry at Yale University. In addition, I serve as a consultant-trainer for OnTrackNY/USA. A former recipient of specialized early psychosis services, I have been involved with early intervention research, policy and programming in the US since beginning my graduate studies, and an IEPA member since 2014.

Current early psychosis research projects focus on patient outcomes following discharge from specialty EIP services, interventions designed to strengthen program capacity to successfully engage clients and families with histories of trauma and socioeconomic disadvantage, and programmatic work in the area of supported education. Broader funded research in youth/young adult mental health zeroes in on the role of emergency and crisis services in pathways to and through care across diagnostic groups.

As a service user and family member, I am deeply committed to finding ways to support greater collaboration between young people, carers, providers and researchers. As an IEPA Ordinary Member, I aspire to increase the involvement of service users and carers in IEPA activities, and continue to support IEPA’s already strong commitment to holistic recovery and transformative systems change. 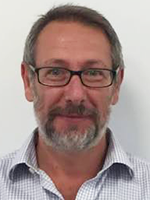 Paul French is an Honorary Professor at Liverpool University and Clinical Lead for Early Intervention in Psychosis services in Manchester and Cheshire, UK

I have been involved with the development of research and evaluation in early intervention in psychosis for a number of years. This has included extensive research in the area of emerging psychosis and At Risk Mental States and the development of treatment strategies to support these individuals and more latterly family based interventions. More recently I have been involved with studies targeting social disability in a trans-diagnostic approach with the aim of developing specific interventions to minimise this.

I have supported the development of clinical services, locally, regionally and nationally across England for a number of years and was central to the Expert Reference Group that established the Access and Waiting Times Standard for EIP. I continue to provide clinical leadership nationally in this area in order to support the uptake of these standards. I have recently been appointed as joint National Clinical Advisor within the Royal College of Psychiatry with regard to the EIP National Clinical Audit of Psychosis. Furthermore, I have excellent international links and collaborations.

I welcome the opportunity to help promote the vital work of the IEPA, supporting existing members whilst looking for opportunities to develop and expand the membership. As an added bonus I feel that as a mental health nurse I would bring a wider and more diverse multidisciplinary perspective to the board which to date has been predominantly made up of Psychiatry and Psychology colleagues.

We thank everybody again for your participation in this election.

Take the opportunity to meet the new board members at the 11th International Conference on Early Intervention in Mental Health, this October in Boston. Regular registration closes September 5th. Those who live in Massachusetts receive a discount.