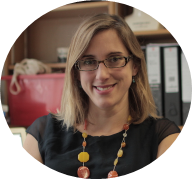 Professor Blakemore studied Experimental Psychology at Oxford University and then did her PhD at UCL and a postdoc in Lyon, France. Between 2003 and 2016 she held a series of Royal Society Research Fellowships at UCL. Professor Blakemore has won several awards for her research, including the British Psychological Society Spearman Medal 2011, the Royal Society Rosalind Franklin Award 2013 and the Klaus J Jacobs Prize 2015.

Professor Blakemore is actively involved in public engagement with science activities and has an interest in the links between neuroscience and education. She sat on the Royal Society BrainWaves working group for neuroscience, education and lifelong learning and the Royal Society Vision Committee for Science and Mathematics Education. She worked with the Islington Community Theatre on their play, Brainstorm, written and performed by teenagers, which was shown at the National Theatre in London.

To register to attend the conference, you must have an IEPA Conference Account. If you have attended a conference in the past, your account is still active. Please use your email address to login.
more info