Suicide is the second leading cause of death among 15-29 year olds globally.

More young people die by suicide than from cancer, cardiovascular diseases, AIDS, birth defects, respiratory infections and diseases, and interpersonal violence. Little is known about factors that make youth vulnerable to suicide. The HOPES team (Help Overcome and Prevent the Emergence of Suicide) is a new collaboration between the universities of Cambridge, Melbourne, Yale, Harvard and Oregon, and is determined to fill this gap in knowledge.

The HOPES consortium is funded through UK-based mental health charity, MQ. The ambition of the HOPES team is to build on existing research and start to collect new data from young people at risk for suicide. The team is planning to begin by examining why some young people may be more vulnerable to suicidal thoughts and behaviours by pooling existing data on brain circuitries, psychosocial risk factors (e.g. childhood adversity, peer bullying) and cognitive risk factors (e.g. cognitive control, impulsivity, reward sensitivity) from all around the world.

Through this ambitious, world-wide and large-scale effort, the team is aiming to, identify the mechanisms underlying youth suicidal ideation and attempts, which could inform which of the currently available treatments are likely to be most effective.  Importantly, the findings could lead to the development of novel treatments and interventions to prevent adolescent suicide, which are urgently needed.

The ultimate ambition of the HOPES team is to also start to collect new data from young people at risk for suicide. The latter would include repeated self-reporting on daily routines and monitoring through mobile phones to identify predictors of suicidal thoughts and behaviours in real-time. This research could provide vital insight needed to develop a risk identification tool to help practitioners identify and better support people most likely to consider taking their own lives and intervene when they are at the highest risk.

The HOPES team consists of:

Lianne Schmaal, Orygen, The National Centre of Excellence in Youth Mental Health, and The University of Melbourne

Mario Alvarez Jimenez, Orygen, The National Centre of Excellence in Youth Mental Health, and The University of Melbourne

You can also follow members of the HOPES team on Twitter: Anne-Laura  @drAnneLaura, and Nick Allen @Prof_Nick_Allen 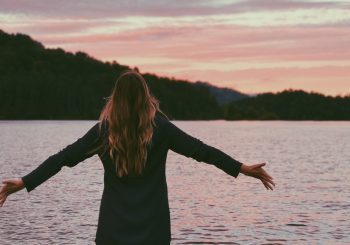