Many people with psychosis experience auditory verbal hallucinations (voices). These are usually very threatening and frightening and may continue despite treatment with medication. AVATAR therapy is a new approach in which people who hear voices have a dialogue of their presumed persecutor.

The approach is based on computer virtual-reality technology which enables each patient to create an avatar of the entity (human or non-human) that they believe is talking to them. The therapist promotes a dialogue between the patient and the avatar in which the avatar progressively comes under the patient’s control.

The therapy was created by Professor Julian Leff and originally tested in a small pilot study. In our larger randomised controlled trial, led by Professor Tom Craig, 150 people reporting distressing voices were recruited and randomly allocated. 75 people received 6 sessions of AVATAR therapy and 75 people had 6 sessions of supportive counselling (a helpful therapy for people experiencing ongoing stress). At 12 and 24 weeks, and at the end of the study, participants were interviewed by researchers who were unaware of which therapy the patients had received.

People who received AVATAR therapy had statistically greater reductions in the frequency and severity of voices at 12 weeks than the people receiving supportive counselling. Importantly, these improvements were maintained at 24 weeks. People who received supportive counselling also showed some improvements by 24 weeks. There was no evidence of any adverse events attributable to either therapy.

In this era of therapeutic use of technology and e-mental health, AVATAR therapy is a clear example of how innovative digital tools can help the treatment of psychotic experiences. Some research has already shown that virtual reality is well accepted by people with psychosis and can also improve engagement and motivation towards the treatment, especially with young people [1]. One of the main advantages of AVATAR therapy is its effectiveness after just a few short sessions.

The rapid treatment of voices early in the course of psychosis could have long-lasting benefits. While it is still too early to recommend AVATAR therapy as routine care, there is interest to see the approach researched as a tool for early intervention.

The results of this first randomised clinical trial, testing the efficacy of the AVATAR therapy, have now been published in the Lancet Psychiatry:

You can also follow the AVATAR study on Twitter at @AvatarLdn and Dr Mar Rus-Calafell at @MRusCalafell. 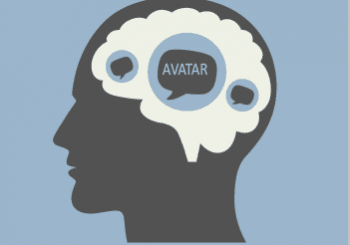