Thing to do in Boston

With over 900 people registered to attend IEPA 11, and just four weeks until the conference kicks off, it’s the perfect time to look more closely at the conference’s host city – Boston.

While some of IEPA 11’s attendees are from the Massachusetts area, many are flying across the United States and the world, in order to be here.

Explore a city rich in history

Visitors to Boston will be amazed and impressed at the city’s rich history on display. For attendees with a spare day, start at the beautiful Boston Common, weave your way down the Freedom Trail and wind up at the USS Constitution Museum. On the way, stop by Quincy Market in Faneuil Hall for some food, shopping, and street performances in the heart of downtown Boston.

Boston Common is America’s oldest public park, founded in 1634. The park is rich with colonial history and America’s Independence, and in the last century has become as stage for free speech and public gatherings.

Its impressive gardens and centuries old trees are alive with colour in fall, so October is the ideal time to visit!

The Boston Commons is the ideal place to start on the 2.5 mile Freedom Trail. The trail has 16 sites, from historic churches to olden day book stores and government houses, there’s a lot to be learned in just 2.5 miles!

The final stop in the trail is the USS Constitution, the world’s oldest commissioned Navy vessel, that’s still afloat. She first set sail in 1797 and was named by President George Washington.

The ship resides at Boston’s USS Constitution Museum, where visitors can view the ship, the shipyard and the museum – one of Boston’s best historical museums. 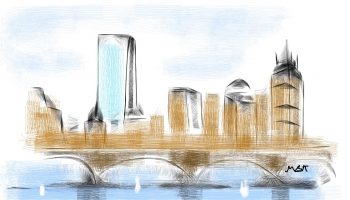 An afternoon of art and culture

Boston is a city filled with impressive galleries and cultural forums that can rival the likes of Paris or London. Here are three galleries that can’t be missed.

Photography enthusiasts can’t go to Boston without visiting the acclaimed Robert Klein Gallery, slated as one of the “world’s most distinguished showrooms of fine art photography.” Featuring the best photographers of the 19th and 20th century, this sits on just one floor, and can be appreciated in just an hour or two.

Lastly, Galerie d’Orsay can’t be forgotten; small and intimate compared to the Museum of Fine Art, Galerie d’Orsay is famed for its expectational collection of old master, impressionist and modern artists from the last 5 centuries.

From food, to science and everything in between

This article only touches on a small amount of all the wonderful things to do in Boston. The city is also known for its excellent food – from $1 oysters to endless choices of fine dining – visitors to the city are spoiled for choice.

In regard to site seeing, the list is endless; Fenway Park, the home of the Boston Red Sox, the much-loved Boston Public Library and the John F Kennedy Presidential Museum are within easy reach of the conference. If you’re lucky enough to be in Massachusetts for a little longer, then a day trip to Provincetown, Cape cod, Martha’s Vineyard or the town of Salem could be an option.

We look forward to seeing all conference attendees in Boston in just 4 weeks’ time and hearing first-hand what everyone enjoyed most about the city, during their visit. 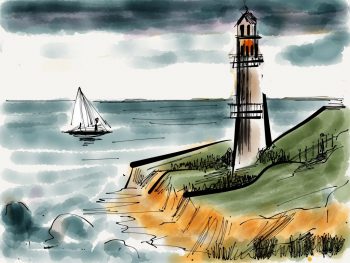 Have you registered for IEPA 11? If not, there’s still time! Register now.